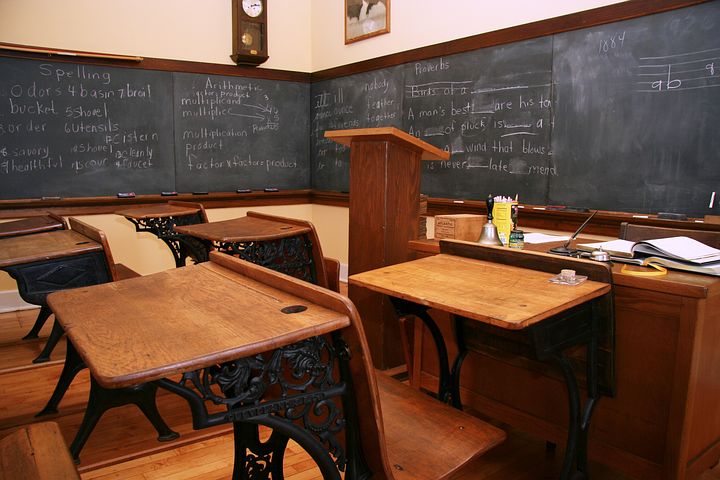 Or spoil the child?

When is enough enough and when is it too much? When practices run counter to what we know from recent and current research evidence on educating children with individual needs, differences and diversity, we need to look closely at what’s going on.

I wrote this heading and the article below earlier this year. This week I read in the Guardian;

“a 17-year-old with multiple special needs arrested in possession of a large amount of cash and class A drugs. The boy was receiving a minimal education at a pupil referral unit, where one of the professionals working with him had raised concerns about his association with older people who were linked to drug-related activities. Several other agencies had also flagged the boy’s vulnerability to exploitation. Despite this, the first responding agency initially refused to make a referral to the NRM (national referral agency).

The Modern Slavery Act gives young people and vulnerable adults the right to raise a “section 45” defence, which states they were trafficked and forced to commit offences.

The Crown Prosecution Service’s (CPS) internal policy states that where a child or young person might have been trafficked and exploited through criminal activity there is a strong public interest in stopping the prosecution.

This is evidence of the ‘pipeline to prison’ in operation, a vulnerable, needy and no doubt challenging at times young person excluded from school to PRU, ejected from his relatively stable school community to the relatively unstable and temporary environment of ‘alternative provision’ and a new peer group of needy children. The specific protection of the Modern Slavery Act offered him no protection and he ends up in jail. What are his life chances for hereonwards?

From Jonathan Haidt and Pamela Paresky (also quoted in the Guardian):

“ ‘By mollycoddling our children, we’re fuelling mental illness in teenagers. Of course we want to keep children safe. But exposure to normal stresses and strains is vital for their future wellbeing.’

We talk incessantly about how to make children more “resilient”, but whatever we’re doing, it’s not working. Rates of anxiety disorders and depression are rising rapidly among teenagers, and in the US universities can’t hire therapists fast enough to keep up with the demand. What are we doing wrong?”

What worries Haidt and Paresky about ‘mollycoddling’? Adults are eliminating the possibility of the risk of children making mistakes, making errors in behaviour. Paresky argues that having a risk-averse belief about children’s risk-taking and agency can increase the risk of harm. Children are obligate risk-takers, facing up to the uncertainty of the world as they explore and tumble and learn. Blakemore in her book “Inventing ourselves” makes it clear that in adolescence risk-taking becomes a prime motivator.

Hand in hand with the DfE and Ofsted, some schools in England have walked into the mollycoddling trap. They are deploying a regime of rigid discipline in a misguided attempt at eliminating the natural risk-taking, and associated rule-breaking, behaviour of children as they explore the edges of their universe. The process is ostensibly objective and designed to connected behaviour and learning in that meticulously detailed rules and regulations are intended to create a level playing field on which the whole school community can stand, giving everyone an equal start in the race to the exam tape. However, close examination of the public documentation underpinning this levelling, ‘flattening the grass’ strategy shows the arbitrary and subjective nature of the project. One child’s asthmatic wheeze is another child’s sigh and sighing gets a child a repeat session of isolation according to these rules. Subjective, unpredictable control is characteristic of authoritarianism, which is aimed at removing the agency of those under control and flattening behaviour out into approved channels by coercive means.

Schools taking this approach dismiss the possibility that some children, including those who have been exposed to previous trauma in their young lives, can be harmed by authoritarian methods of control.  The research into the effect of Adverse Childhood Experiences supports this possibility. Their argument that collateral damage is justified by the “greater good”, is unproven. The question here is; is the doing of intentional harm permissible?

The key to the ‘zero-tolerance’ approach is the removal of agency from children; they have to do as they’re told, no ifs and buts, no explanation, no tolerance of difference and diversity. Loss of agency, being unable to exercise control of your environment, is a major cause of stress and mental illness in humans. Humans are the ultimate social animals; making children walk in groups in a silence enforced by punishment is both tidy and unnatural. Making them sit out a period of isolation,  incommunicado, no sighing, no talking, no looking at another child, fixed and time limited toilet breaks or else, is bothneat and unnatural too.

All school communities develop rules to create boundaries, within which children can operate with a degree of freedom to get things right and wrong, to make mistakes, to check out the edges. In the science classrooms where I’ve taught I’ve set out boundaries guiding the physical aspects of classwork. This is classroom management; who sits where and when, how to get my attention, who speaks first, using the right language; what to do and what not to do with flames and glassware. Boundaries need to be patrolled and maintained. In my lab I’d make sure children knew the rules, point them out, make up some teaching routines to reinforce their learning of them.

Good classroom management is invisible and it’s all about learning. It’s obvious that withdrawing all rules and regulations wouldn’t be a good idea. It’s equally obvious that classroom management shouldn’t get in the way of teaching and learning by being overly obtrusive. If attention gets drawn away from the core activity by the teacher losing their self-control and shouting or disengaging, or by children messing about uncorrected, learning suffers. But equally if attention is shared between the group and the individual learner’s needs, within the framework of boundaries, learning improves.

Haidt and Paresky say that mollycoddling is bad for children’s mental health. Why? Because it insulates them against the opportunities for learning and personal growth provided by manageable stresses and strains, what I call healthy distress.

But away from the well-intentioned hand-holding of mollycoddling, over-prescriptive rigid discipline is even worse, because it can generate learned helplessness. Children who have been rendered helpless are unable to act independently and are vulnerable to coercion by relatively powerful others, a real and present danger in current life. In the opposite direction rigid control can generate active resistance, as children attempt to preserve their sense of self in the face of overwhelming and arbitrary control. They go into survival mode and may well fight for it.

In the first case the outcome is neutrally passive children, in the second case it is children who challenge authority and open themselves up to the ‘last resort’, as these schools direct them down the path to exclusion.

I think that this push-pull, right-wrong tussle between the extremes of opinion around what should be done with children who don’t conform to imagined and shifting norms is pointless.

We must occupy the centre ground where behaviour and learning are fully integrated in school policy and practice. It’s an easy option to tell others what not to do and much harder to say what we ourselves should doing instead, but that’s the task in hand.

School is never a flat country and shouldn’t be hammered into flatness. By definition it’s a land of mountains and valleys, of fast clear streams and quieter meanders.

Education exists in this landscape of infinite variety. Our job is to prepare children as navigators and explorers, to be able spot the best path, to avoid dangers, to rely on companions to help them up when they fall and to return the favour, and most important of all, to welcome change and challenge for what it is, the ever-changing part of the landscape.

Our children are growing up in an uncertain world, with us as their elders and betters creating even greater uncertainty on a global scale.

What are children doing missing class time to demonstrate in favour of climate science and rationality? They’re exercising their agency, standing on facts arising from structured inquiry, focused on solutions.

What should we be doing (and ‘we’ includes the people on the top table)? Promoting children’s best nature, their thrilling and sometimes baffling in-the-moment bravery, their refusal to be cowed.

We can listening more, being the best version of ourselves.

As for me? I’m Solutions Focused, all the way.